Sydenham Singers joined with singers from community choirs Vauxhall Voices and Kings Fund Voices to form one big choir to celebrate and reflect on our togetherness, as human beings and as singers. 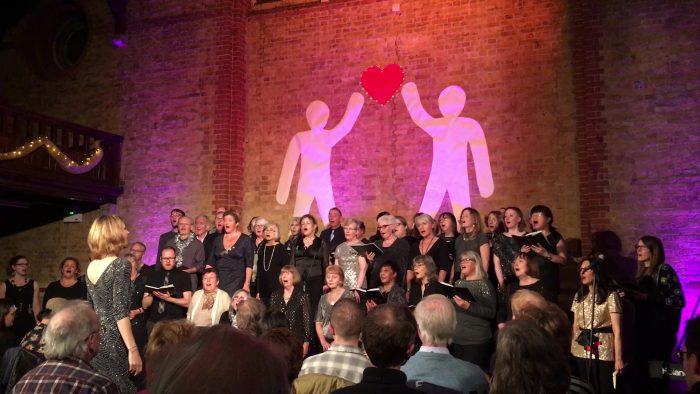 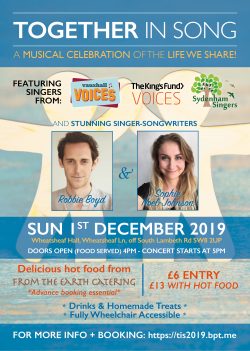 We were also absolutely delighted to share the evening with stunning singer-songwriters Robbie Boyd and Sophie Noel-Johnson, who inspired and delighted the audience with their soulful musical offerings. 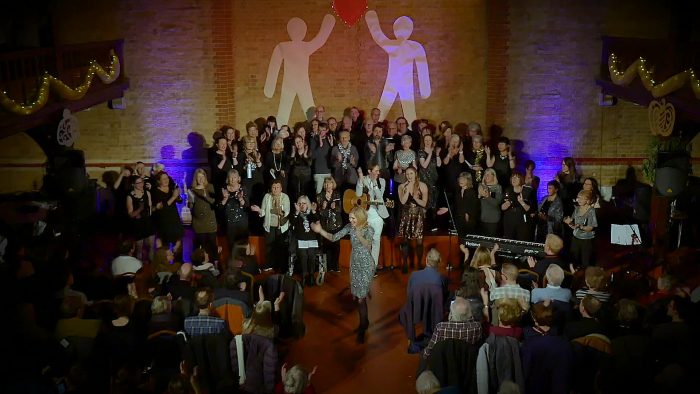 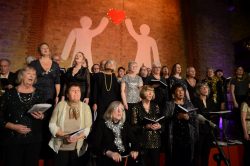 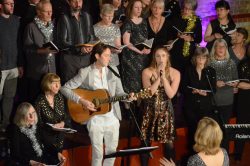 Sydenham Singers joined with two other local choirs for a summer concert to raise funds for WaterAid. 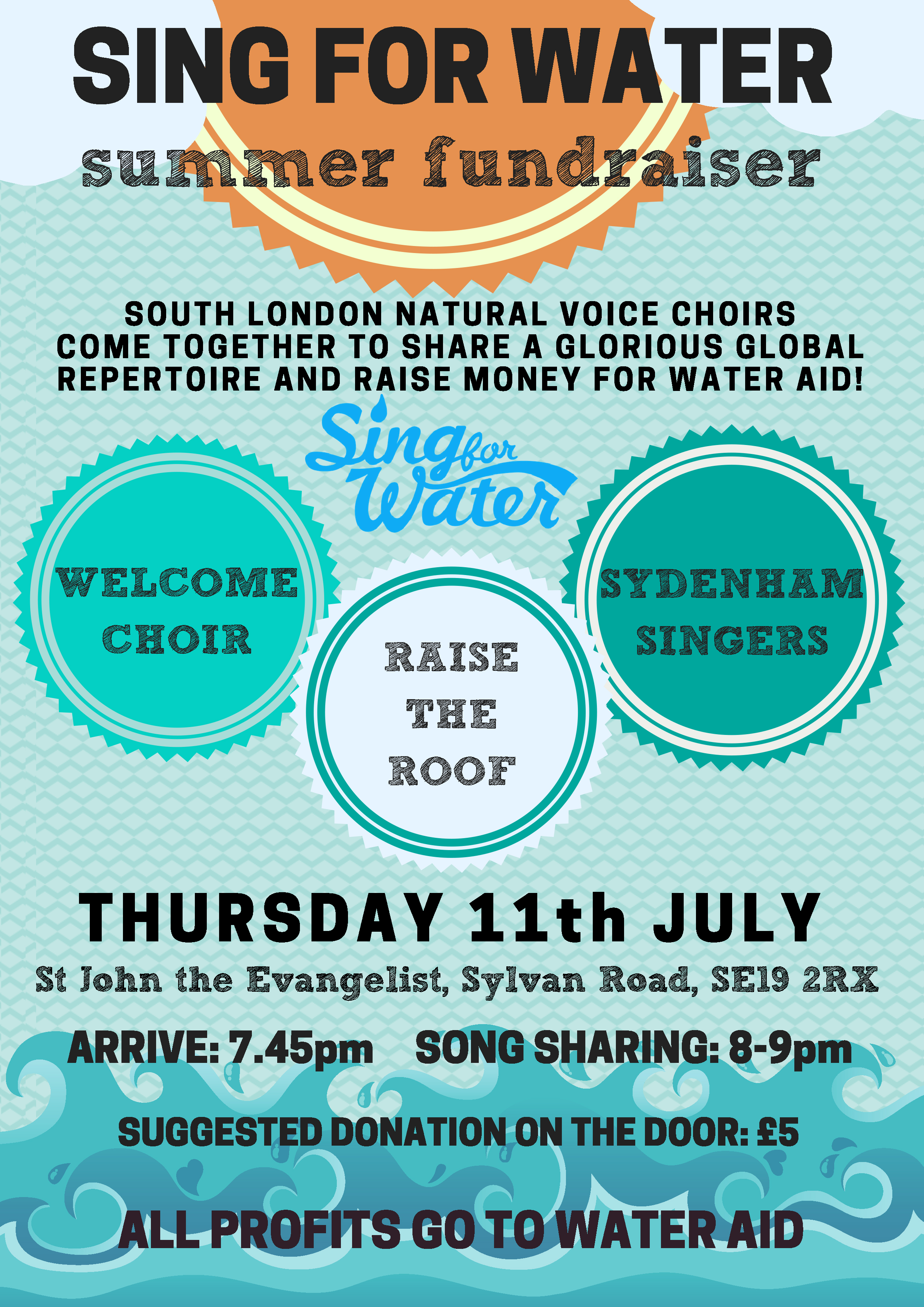 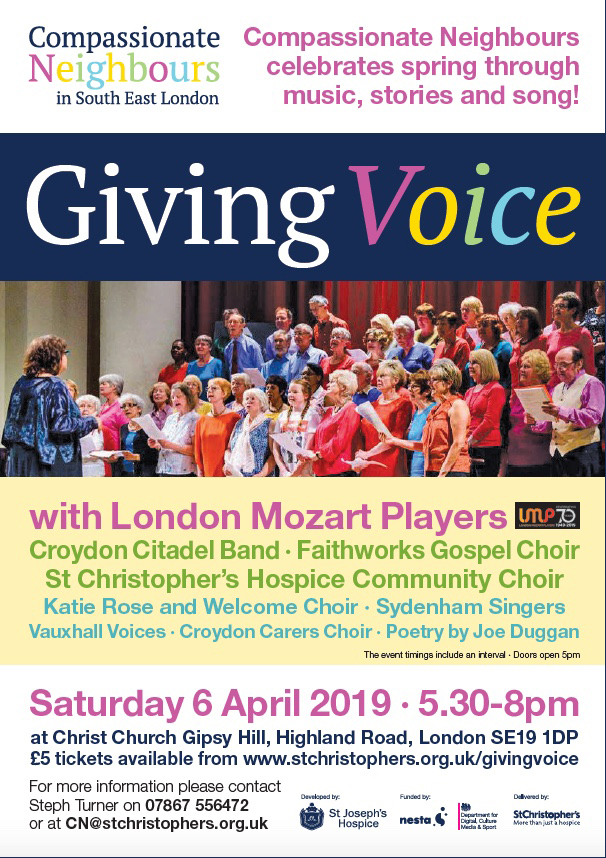 November 2018 – Around the World in Song 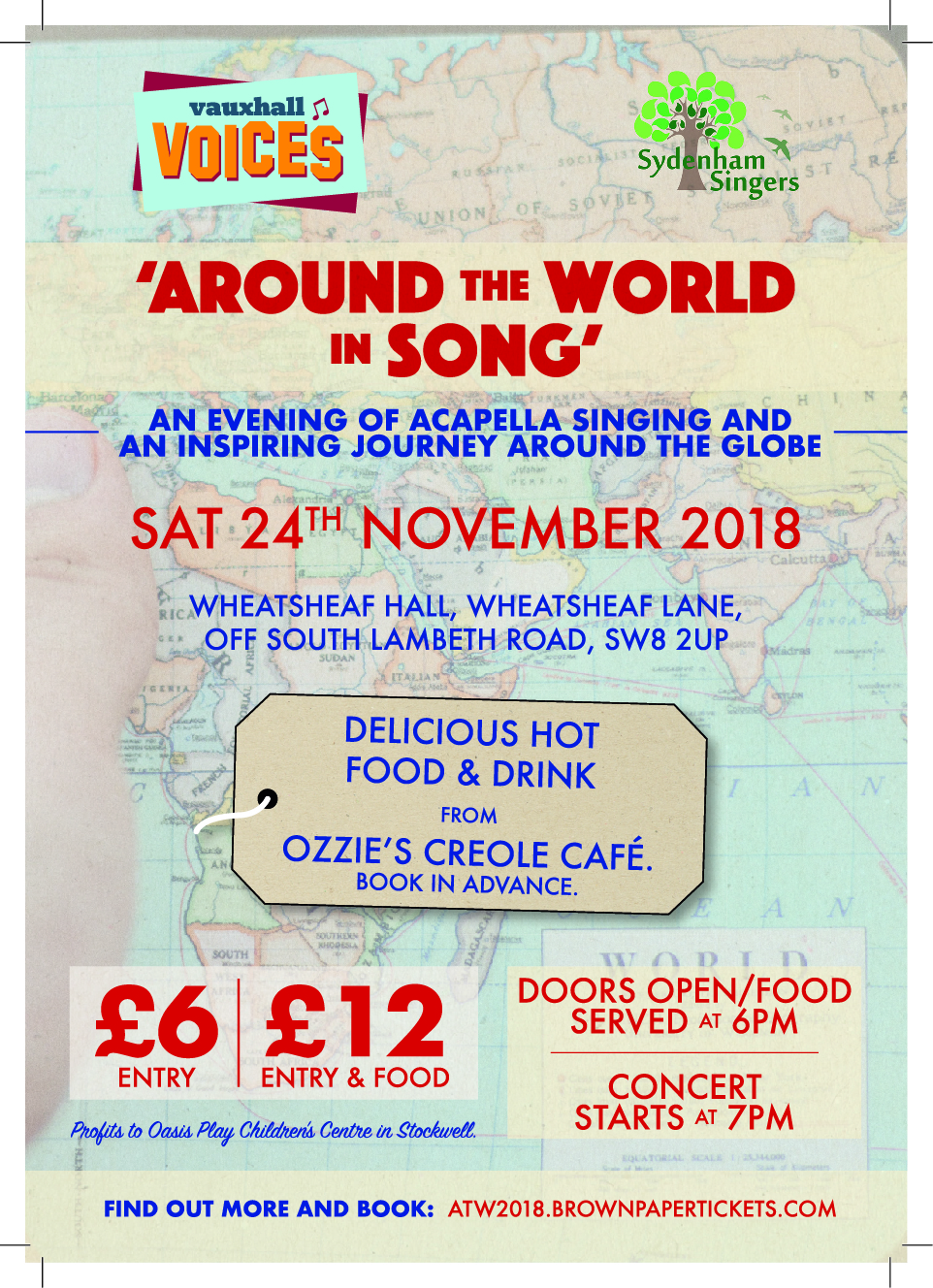 We joined with Vauxhall Voices for a sensational  programme of songs from around the world.  Our most ambitious performance to date, we sang more than 20 songs in 12 different languages.  (Click here for details of our itinerary.)

Tasty hot food was provided by Ozzie’s Creole Cafe and we raised funds for Oasis Play, a local children’s charity. 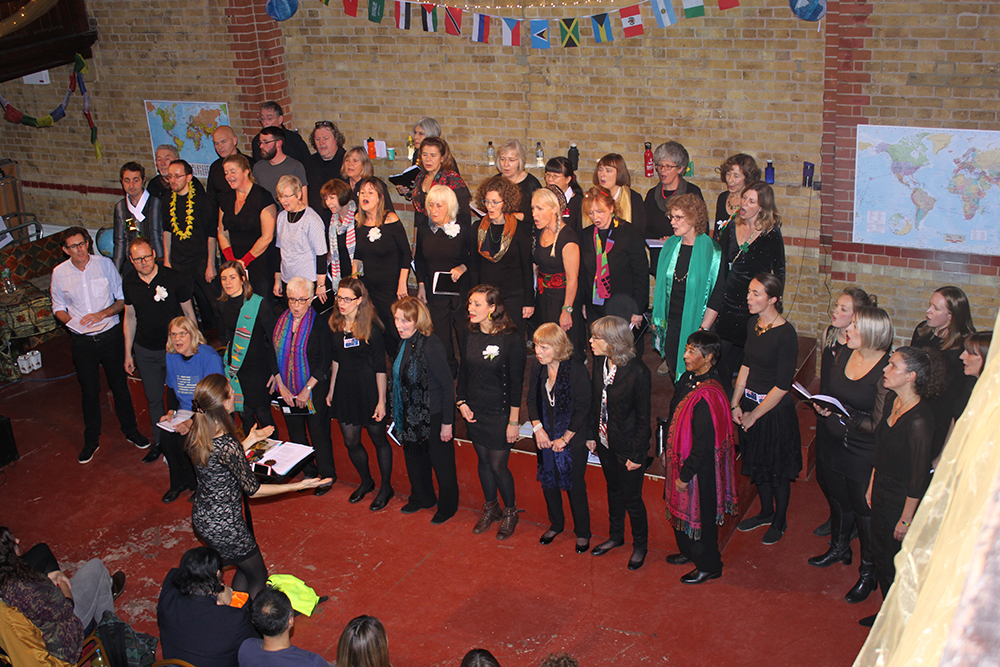 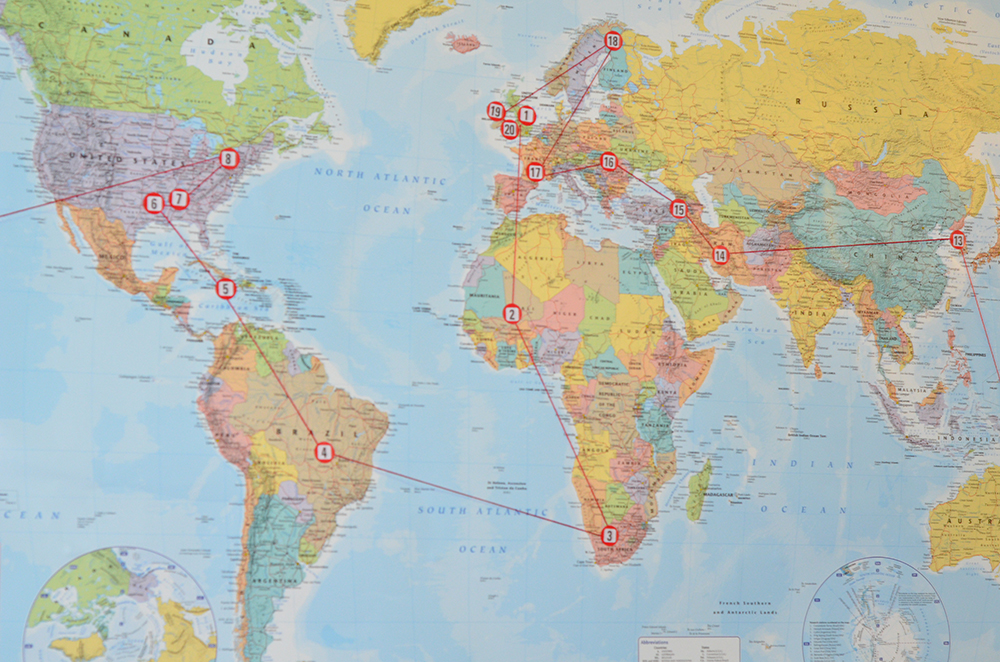 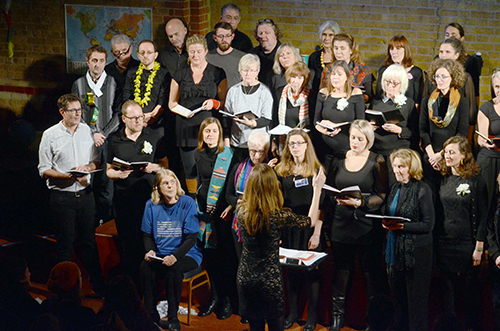 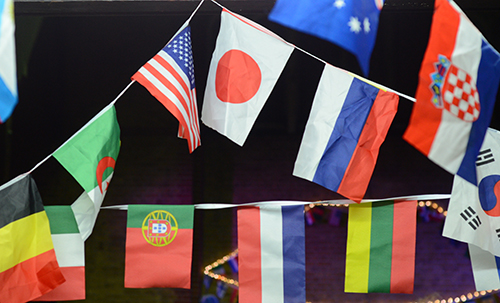 In combination with three other local community choirs – Raise the Roof, Sing Out Streatham and Peckham Rye Sings, we presented a summer concert at Sydenham Garden.

The weather was glorious, we ate pizza and cake, and raised money for Sydenham Garden. 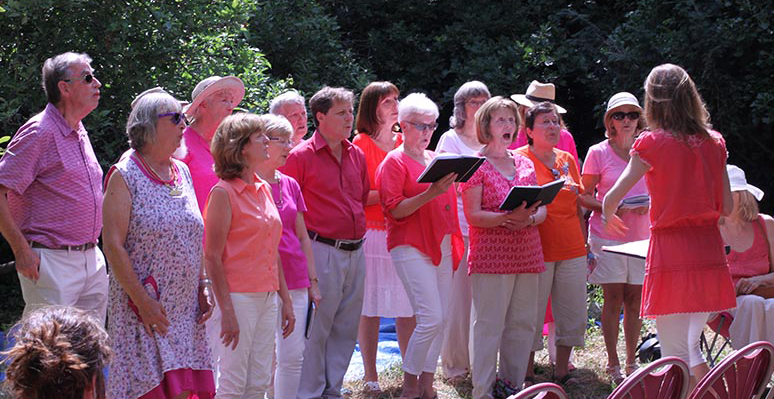 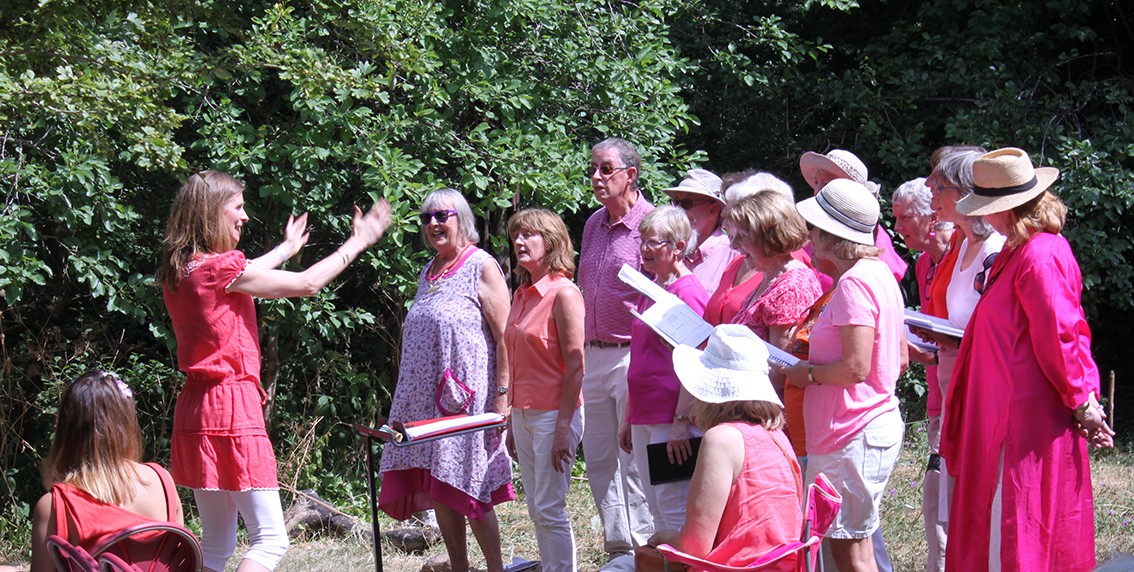 Janna and Kirsty Martin (leader of Raise the Roof) with the four choirs.

Cakes for the interval!