Compassionate Neighbours is a scheme run by St. Christopher’s Hospice which provides free support to people experiencing social isolation or loneliness due to age or illness, including those living with long-term or terminal illness or dementia. Eight local choirs including Sydenham Singers took part in a choir festival to raise funds for the scheme.  It was a very special event, with all the songs based on themes of kindness and friendship. 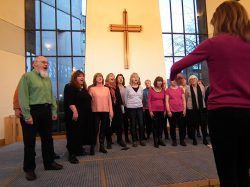 Sydenham Arts and Sydenham Singers hosted a winter concert to raise funds for Sydenham Arts. We were joined by four other community choirs for a joyful evening of song, mince pies and mulled wine. 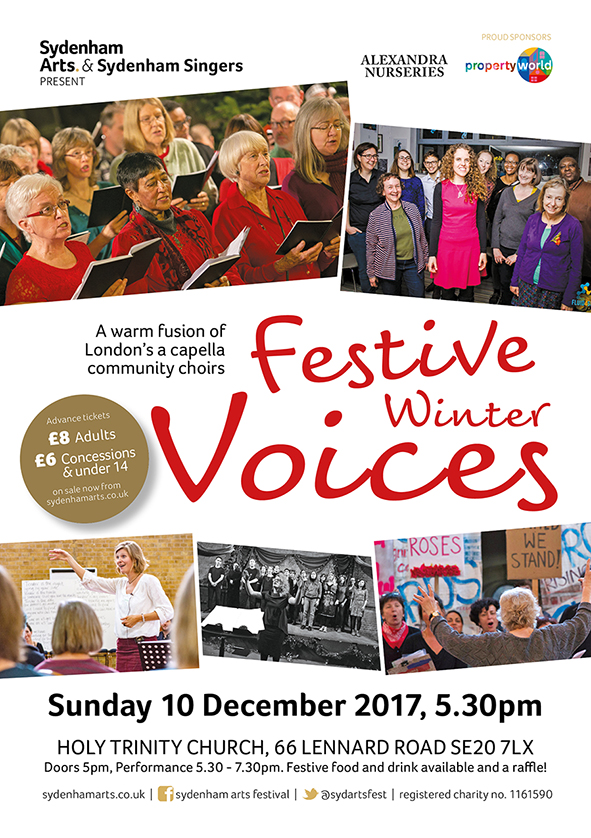 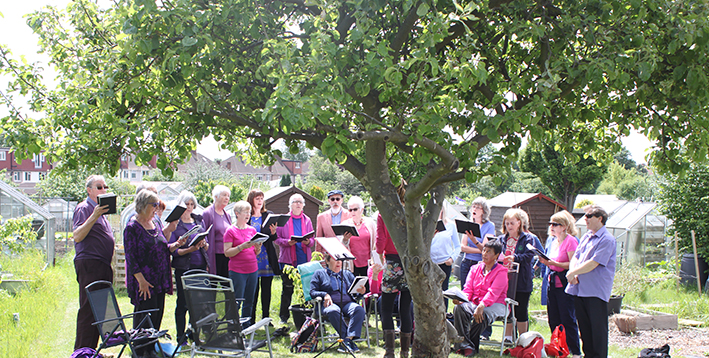 We warmed up under a shady fruit tree on an allotment in the gardens before performing to the visitors. 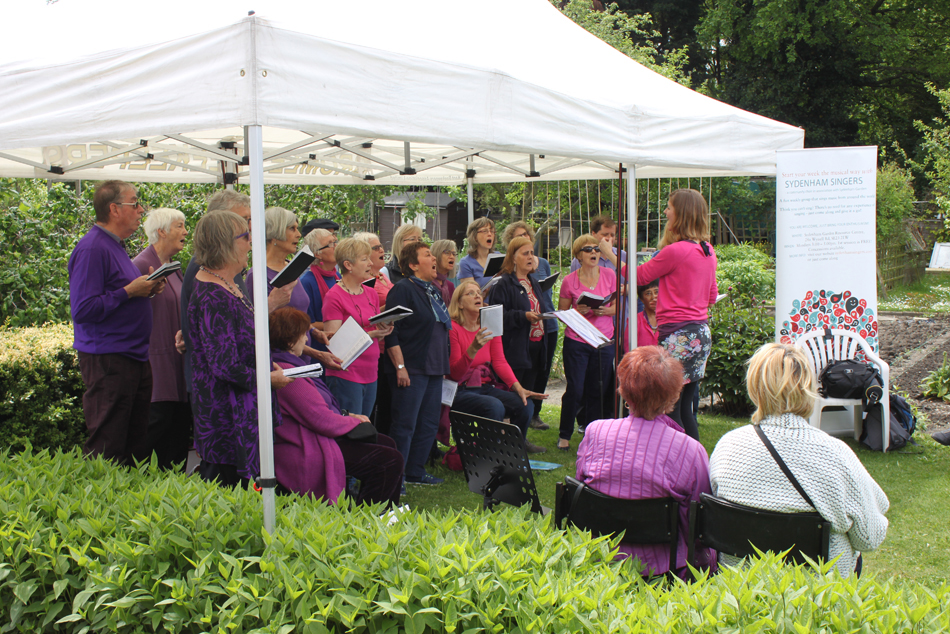 The four Lewisham ‘Sing Out’ Choirs celebrated summer with song and cream teas.  We raised funds to help the local charity FOR JIMMY which works with young people to make their communities safer.

The four choirs being directed by Sheila Arden, the leader of Grove Park Singers. 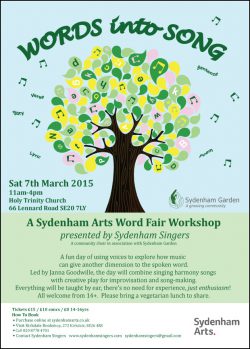 December 2014 – Sing Out for Christmas

The four Lewisham ‘Sing Out’ choirs presented a Christmas concert in the beautiful atmospheric surroundings of St. Bartholomew’s Church.  We raised funds for Sydenham Garden and were joined by the brilliant GMTen Brass Ensemble. 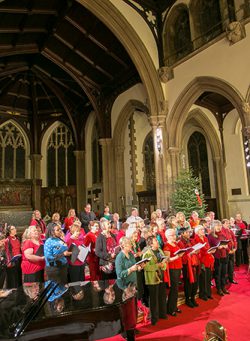 The four ‘Sing Out’ choirs. 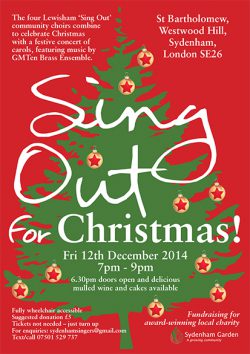 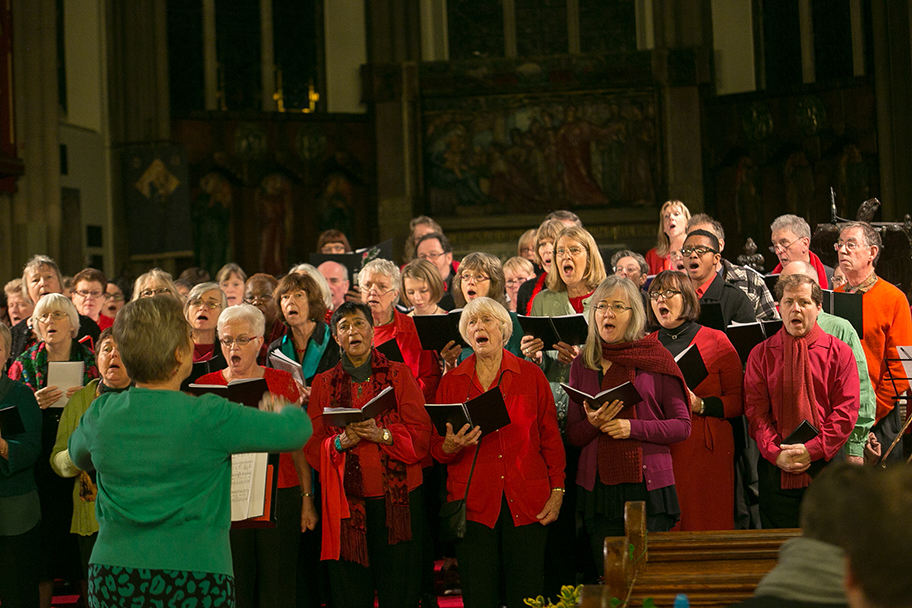 The four choirs being directed by Sheila Arden, leader of Grove Park Singers. 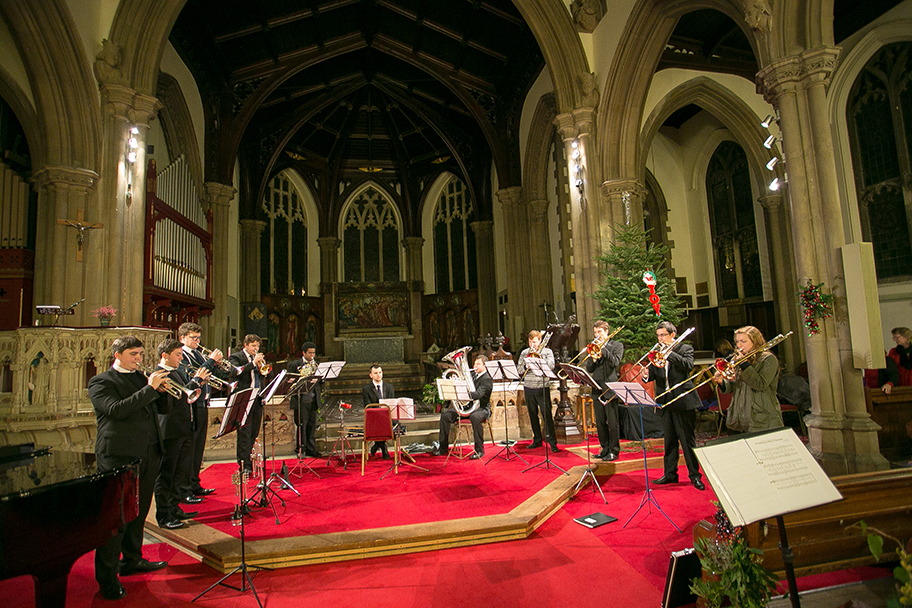 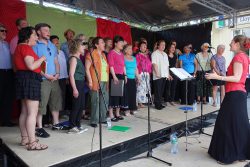 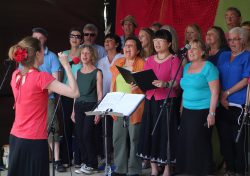